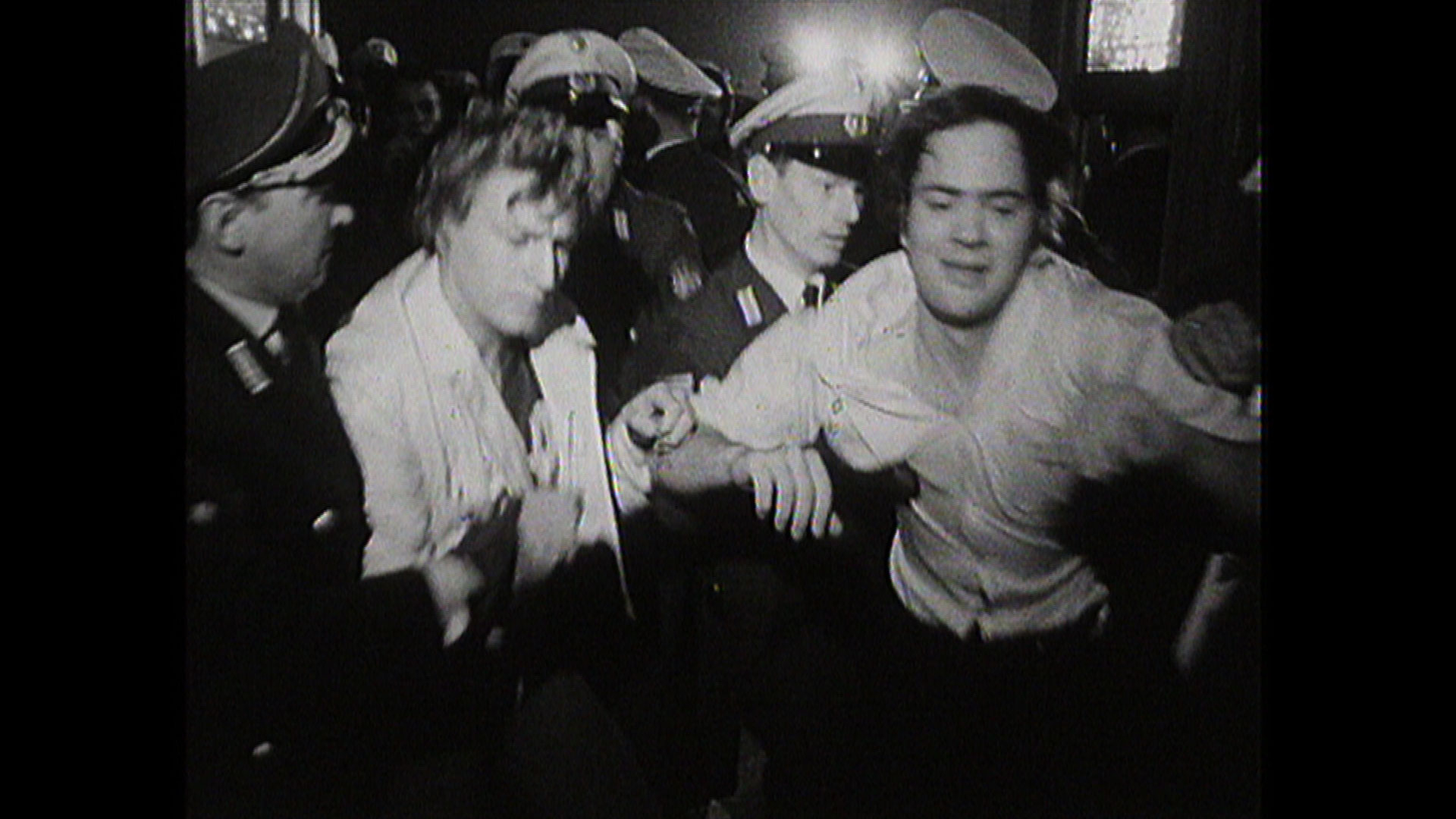 Fiendishly researched and smartly constructed, “A German Youth” is a formidable piece of documentary detective work focusing on a small but significant historical moment that continues to matter.

Though its director, Jean-Gabriel Périot, is French, his subject, as the title indicates, couldn’t be more specifically German.

That would be the West German radical terrorist organization that called itself the Red Army Faction but was dubbed the Baader Meinhof Gang after its two most prominent members.

Though never large in numbers, at its zenith in 1972, the group detonated a wave of bombs that left five dead, 65 wounded, and a considerable amount of carnage in their wake.

All that destruction mobilized the entirety of the German security apparatus and almost all of the group met violent and controversial deaths.

Baader Meinhof, as it turned out, also left behind considerable film traces of its origins and its philosophy, including documentary clips, interviews from television news shows plus footage they shot themselves.

Périot, who also served as his own hard-working editor, made it his business to plow through more than a thousand hours of this kind of archival footage. He wanted to present history as it happened, and something more.

For it is the determination of “A German Youth” to not only show how things looked from ground zero but also to provide the context for what happened, to show how middle-class German youths came to feel they had no other choice but to radicalize themselves and resort to violence.

Key to the film’s thesis is that this student unrest was taking place when Germany was still recovering from its Nazi past, when young people feared a return to authoritarianism and felt that the establishment, in general, and the West German government, in particular, were compromised by their Third Reich connections.

First seen on screen, as far back as 1965, is journalist Ulrike Meinhof, a newspaper columnist rapidly becoming a public figure advocating such non-extreme positions as the rights of students to speak out and the need for safety on factory floors.

Met next is another future member of the group, aspiring filmmaker Holger Meins, introduced via clips in 1966 as a student in the inaugural class enrolled at DFFB, the first film school in West Germany.

That school turned out to be an intensely radical place, with even a color film test for a camera class showing a series of men carrying an enormous red flag through the streets of Berlin. And one of Meins’ most famous films, now lost but reconstructed, was called “How to Make A Molotov Cocktail.”

We also encounter, again through a variety of clips, firebrands Andreas Baader and Gudrun Ensslin, and attorney Horst Mahler, the defender of choice when the radicals got in trouble with the law, which was often.

Unhappy about the actions of the U.S., Germany’s key ally, in Vietnam and despising right-wing press lord Axel Springer, the young radicals chafed at an establishment that had no patience with its protest efforts.

A key moment in this dynamic, expertly captured by the film, came in 1967 when violence erupted during a visit by the Shah of Iran.

While documentary footage clearly shows the Shah’s security force and Berlin police being the aggressors, West German TV insisted the demonstrators had instigated the confrontation.

This mainstream indifference and even hostility increased the students’ radicalization and their feeling that they were living in a police state in which freedom was an illusion.

Convinced that the forces that controlled society were so violent they had no choice except to embrace armed struggle themselves, these most radical folks formed the Red Army Faction in 1970.

But, especially with Meinhof, who had the highest public profile, there was a visible sadness rather than a bravado about this decision, a feeling that the establishment had needlessly abandoned them. As “A German Youth” carefully details, it did not end well for anyone.