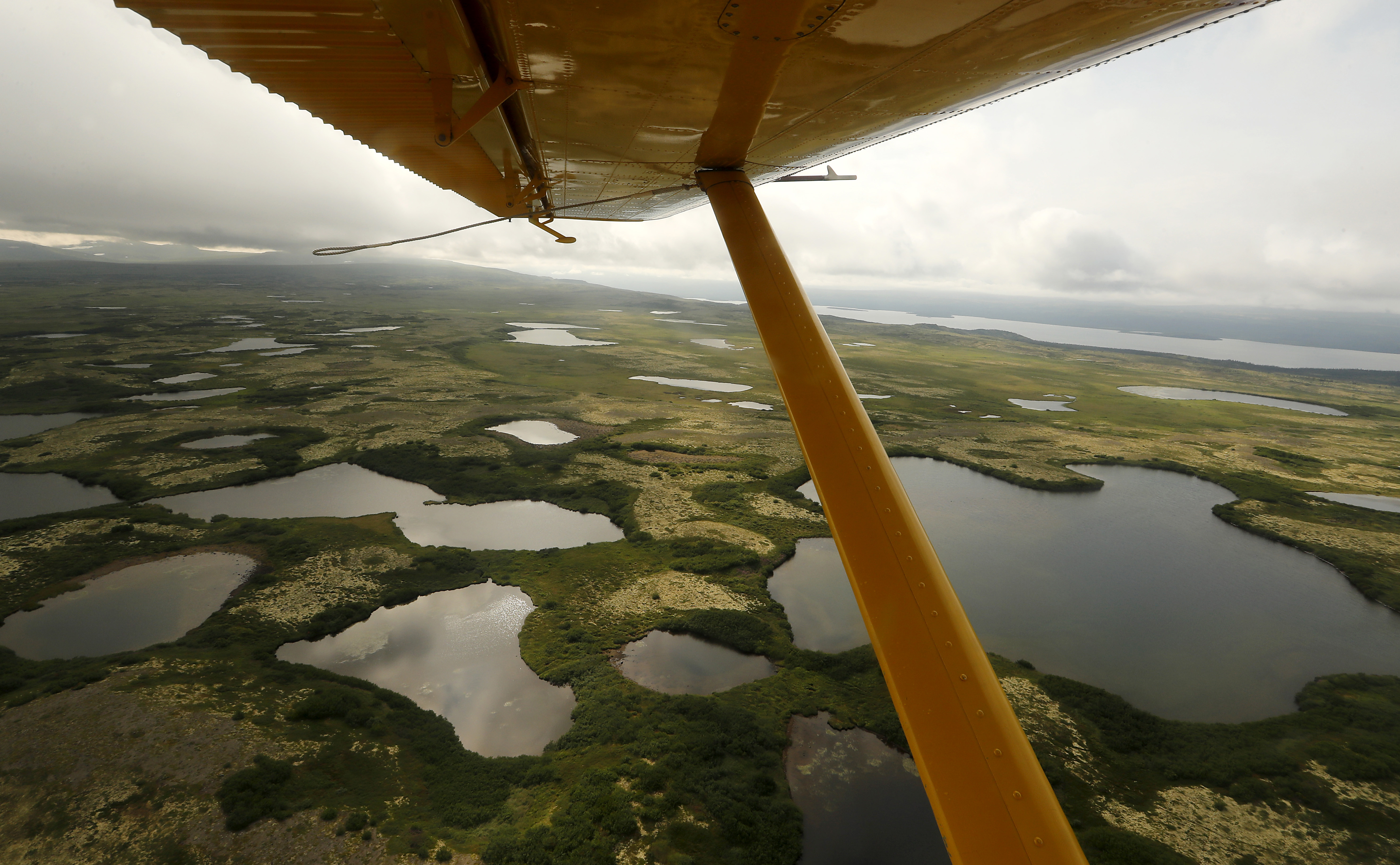 Trump administration officials broke the law when they reversed course and gave a green light to a proposed copper and gold mine near Alaska’s Bristol Bay, mining opponents said in a lawsuit filed Tuesday.

Alaska Native, commercial fishing and economic development organizations said the Environmental Protection Agency’s decision July 30 to step aside and let the U.S. Army Corps of Engineers determine whether to permit the Pebble Mine was “arbitrary, capricious, an abuse of discretion” and illegal.

The lawsuit filed in U.S. District Court in Anchorage is the latest challenge to the project that the EPA’s Seattle branch criticized in written comments July 1 before abruptly reversing course, withdrawing the agency’s option to block the proposed open-pit copper and gold mine. Last year, then-EPA Administrator Scott Pruitt decided to preserve the agency’s veto option over the Army Corps permitting process, saying that mining in Bristol Bay’s headwaters could risk harming the world’s largest sockeye salmon fishery.

Representatives of the groups that filed the suit said at a news conference Tuesday in Anchorage that the Trump administration’s reversal ignored years of EPA research and public comments.

“The politicians jumped in and changed the rules at the last minute,” said commercial fisherman Robin Samuelsen Jr., board chairman of the Bristol Bay Economic Development Corp., one of the plaintiffs.

Mike Heatwole, a spokesman for the mining company, Pebble Ltd. Partnership, said that decisions on a “proposed determination,” as the EPA’s veto option is called, are “clearly within the discretion” of the agency administrator.

The suit argues that the agency changed course without good reason or explanation required by law, and asks that a judge nullify the move.