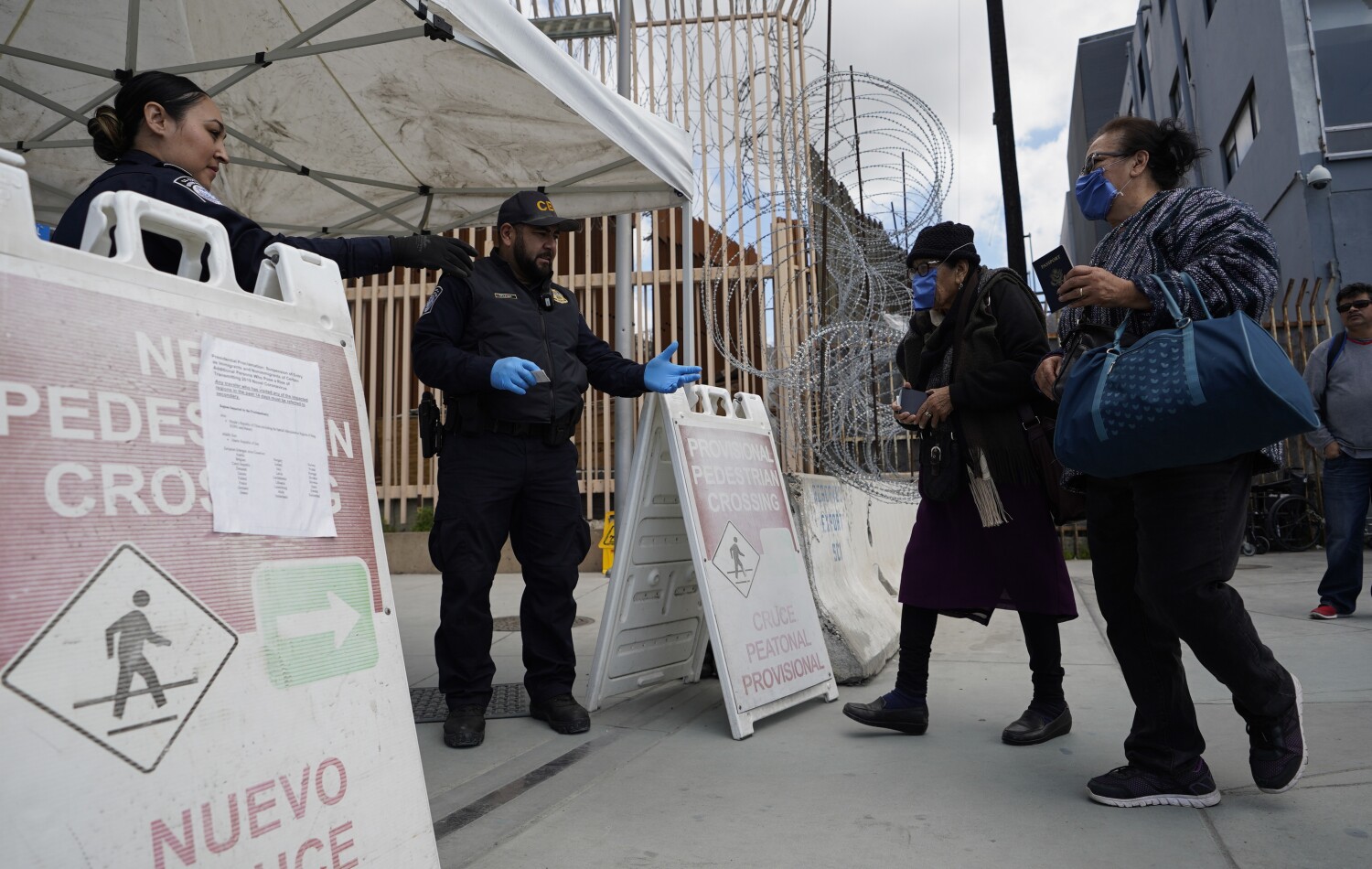 Roughly 300 employees of the Homeland Security Department have tested positive for COVID-19, and more than 8,500 are under quarantine because of possible exposure to the coronavirus, sidelining them as the agency struggles to respond to the pandemic.

Those numbers are according to an internal report at the department from Monday, which the Los Angeles Times obtained from a House Democratic aide. It showed that 292 employees had tested positive for COVID-19 and 8,524 more were under “Self-Quarantine & Self-Monitoring.”

The numbers of sick, infected and exposed continue to increase at the federal government’s third-largest department, suggesting a mounting toll even as it is helping to manage the nationwide mobilization against the virus. The department includes such critical agencies as the Federal Emergency Management Agency, the Transportation Security Administration, the Border Patrol, and Immigration and Customs Enforcement.

“These numbers underscore the risks that the men and women at DHS are taking every day to protect public safety,” said John Sandweg, former acting director of the Immigration and Customs Enforcement agency in the Obama administration. “Measures can and should be taken to protect the workforce, including limiting operations to only those that are only mission critical to protect national security and public safety.”

“I know of no good reason why DHS should not release these numbers,” he added. “At a minimum, DHS personnel have the right to know the risks that they are facing. Moreover, Congress and the public at large should also be aware, if only so that they can prioritize measures to protect the workforce.”

Brandon Judd, president of a union of Border Patrol employees, said in an interview on Wednesday that for both agents and the public, the administration is “exposing them to dangers that are unnecessary.”

“I don’t think the agency is doing enough to protect agents or individuals we come in contact with, period,” he added. Judd, who has been a close ally of the White House, said at least six Border Patrol agents have tested positive and 42 are under quarantine.

Homeland Security, the White House and the National Security Council did not respond to repeated requests for the numbers of infected, sick and quarantined among the department’s roughly 240,000 employees and the more than 35,000 migrants in U.S. custody.

Separately, federal judges have ordered the department to release some migrants from often overcrowded, unsanitary detention facilities that both they and medical experts have characterized as “hotbeds for contagion.” This week, Guatemala confirmed the first known case of a migrant deported by the administration who tested positive for COVID-19.

Government lawyers have joined immigration judges and advocates to call for the administration to shut down immigration courts.

While the largest federal department, the Pentagon, is providing a daily total of personnel affected by the virus, and others, such as the State Department, are also consistently updating the public, the Homeland Security Department has not publicized its numbers, even to its employees.

“They don’t want us to know,” an official of the Citizenship and Immigration Services agency told The Times, speaking on condition of anonymity out of concern about professional retaliation.

At that agency, which administers the legal immigration system, 25 employees had tested positive for COVID-19 and 512 were under quarantine, according to the internal report. The administration closed the agency’s offices two weeks ago and on Wednesday extended the closures through May 3.

Other Homeland Security employees on the front lines of combating coronavirus have expressed concern for their safety and complained of a lack of protective gear or testing.

At ICE, charged with overseeing tens of thousands of detained migrants, 29 employees had tested positive, and 1,117 employees were under quarantine. The agency confirmed four cases among detainees, all in New Jersey; five cases among employees or personnel working in its detention centers; in addition to cases in 28 other employees.

At the CBP, which is overseeing the closure of the U.S.-Mexico border to most travelers, as well as a controversial policy of removing almost all asylum seekers, including unaccompanied children, 64 employees tested positive and 640 were under quarantine.

Even before the coronavirus outbreak, the Homeland Security Department has struggled amid ever-changing directives, personnel purges and record vacancies under President Trump, who has made immigration enforcement a priority over the department’s other wide-ranging responsibilities.