Home > Uncategorized > Eliud Kipchoge’s Ineos 159 Challenge: When is marathon world record attempt and where is it happening? 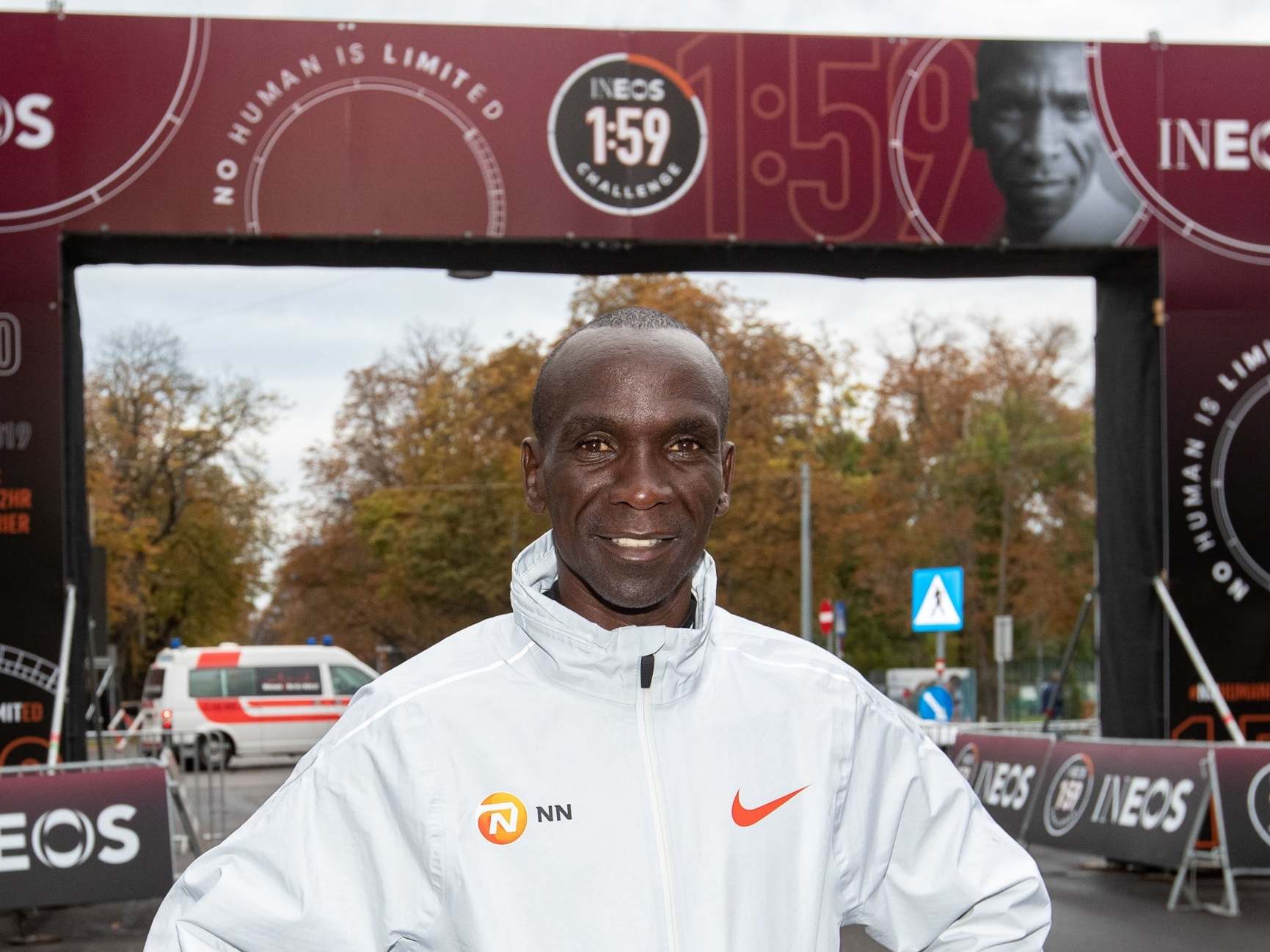 Eliud Kipchoge aims to break the two-hour barrier in the marathon this weekend as part of the INEOS 1:59 Challenge.

The world record-holder over 26.2miles aims to create history in Vienna.

Arguably the greatest marathoner of all time, the Kenyan owns the official world record after posting 2:01:39 at the Berlin Marathon last year.

This attempt will be unofficial, by IAAF standards, and mirrors his Nike Breaking2 project from 2017, where he ran around the famous Monza race track in Italy, finishing in 2:00:25.

Here is everything you need to know about the iconic event.

Kipchoge is perhaps the best candidate in the world to attempt such a historic achievement in breaking the two-hour barrier for the marathon.

A four-time champion of the London marathon, having won the last two editions, as well as a two-time winner in Berlin and a solitary victory in Chicago to go with his Olympic gold medal.

Ineos have sponsored the event, which will take place around the 4.3km stretch on the Prater Hauptallee in Vienna, Austria, with 4.4 laps required to complete the marathon distance.

Elevation will remain comfortably flat, though it will fluctuate between 1.8 and 4.0 metres. One request of Kipchoge since Nike Breaking2 was to involve fans, meaning the route will be lined by spectators in order to provide him with support.

Will it be a world record?

No, there are no other entrants for the challenge (though Jonathan Korir, Augustine Choge and Gideon Kipketer will act as pacemakers), meaning Kipchoge’s attempt will contravene IAAF rules, as there will be 41 athletes providing him with the requisite pace, rotating in and out, as well as protecting him from the wind.

A world record attempt could be valid if the pacers did not rejoin the race, but this is not the case here.

When is the attempt?

The challenge will take place on Saturday 12 October.

The final start time will be confirmed on Friday, but will be between 5am-9am CEST (4am-8am BST).

Kipchoge prefers the weather to be between seven and 14 C, with humidity beneath 80 per cent, meaning it should start in the early hours of the morning.

How can I watch it and is there a live stream?

Ineos will broadcast the challenge on their official YouTube channel here, meaning it can be live streamed from mobile devices.

But the BBC will also show the challenge live on the red button, as well as through the BBC Sport website.

Here are the numbers Kipchoge must hit in order to break 2:00:00. Kipchoge will need to sustain a 4:34 minutes per mile pace over the distance to complete the challenge.

“I want to unlock that thought that there are limitations in the human being,” Kipchoge told The Associated Press upon the challenge’s launch.

“There are no barriers when you believe in yourself and try and trust in what you are doing.”