Home > Uncategorized > From the Archives: Bumper crop of political stickers 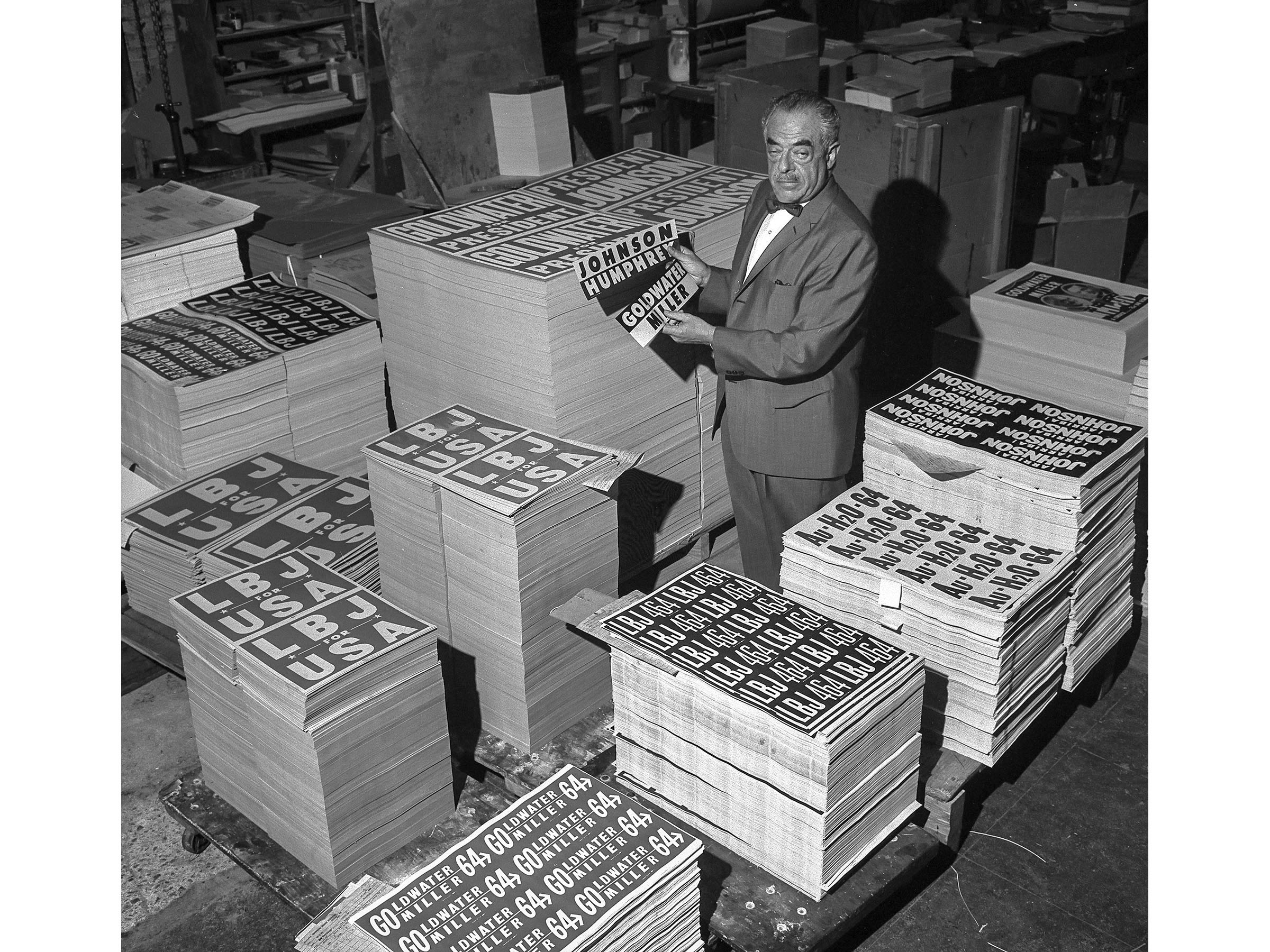 Before the 1964 presidential election, Harold E. Feinstein and his Aldine Publishing Co. took a bipartisan approach. The company sold bumper stickers to both the Goldwater and Johnson campaigns.

The original Sept. 13, 1964, Los Angeles Times caption read, “Who’s your man? Harold E. Feinstein is busier than ever these days turning out bumper banners and other political material at his Aldine Publishing Co. One of the country’s leading producers of political material, Feinstein’s shop is nearing production of its 4 billionth piece of material since opening in 1935.”

According to the accompanying Los Angeles Times profile, Feinstein and his company would “print 25 million bumper stickers alone this year, about half the bumper crop of political bumper banners that printers all over the country will turn out this fall.”

Feinstein died on July 31, 1966. His family continued Aldine Publishing for several years. For more information, check out “My Bumper Is Stickier Than Your Bumper.” This article by Ralph Keyes appeared in Nov. 7, 1971, Los Angeles Times West Magazine.