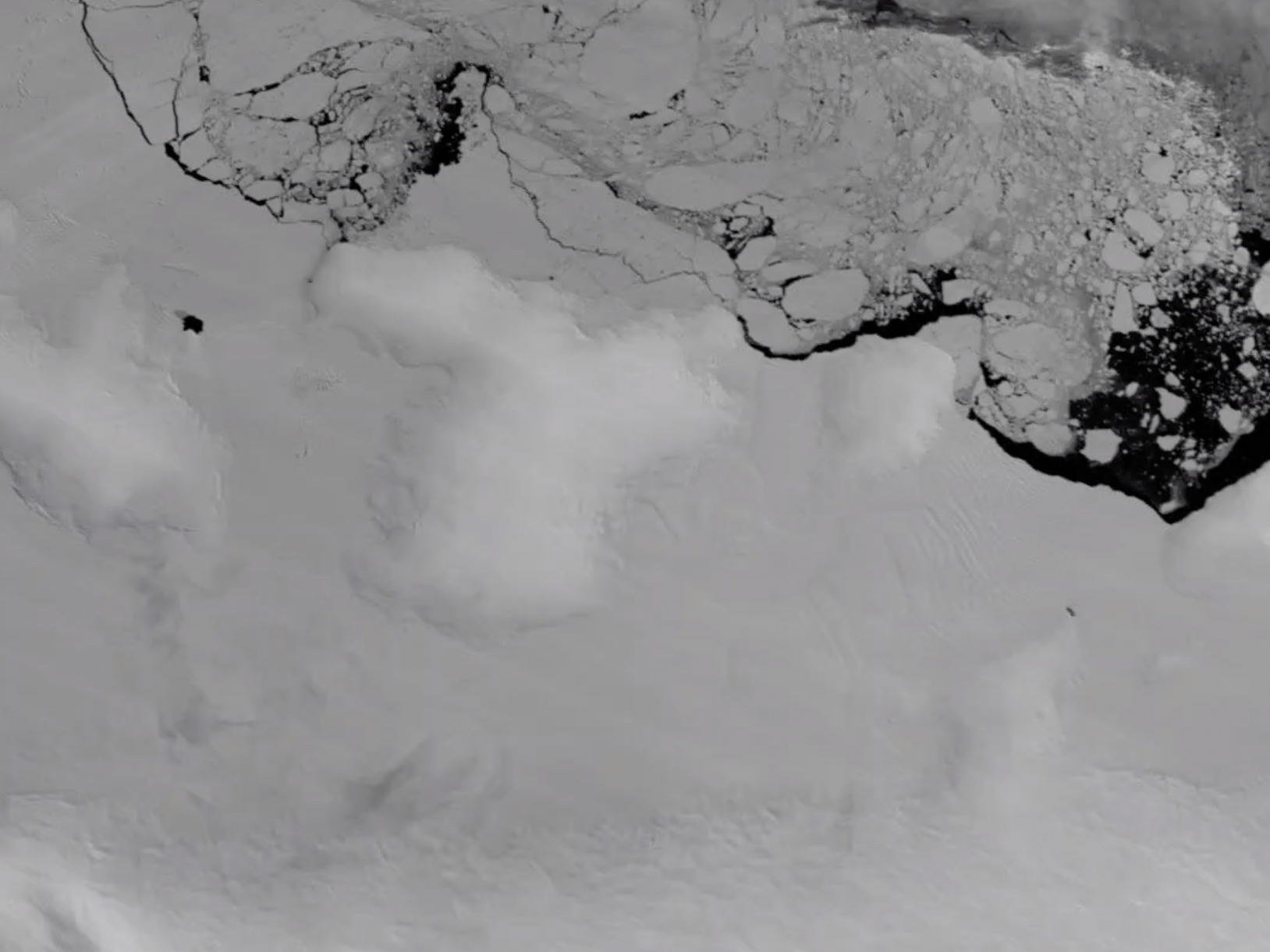 Hidden upside-down “rivers” are eroding Antarctic ice shelves, according to the latest study that suggests polar regions are melting faster than previously thought.

As ice shelves float out into the ocean they stretch and crack along the edges, meaning they are particularly vulnerable to erosion from plumes of water from below.

Warm and fresh water is more buoyant than cold, salty water, so it goes up into the ice forming a type of “upside-down river”, scientists found. These rivers can grow miles wide and tens of miles long, eroding and weakening the margins of the ice shelf, which means it is more vulnerable to retreat and collapse.

“Warm water circulation is attacking the undersides of these ice shelves at their most vulnerable points,” said lead researcher Dr Karen Alley, who earned her PhD at the University of Colorado Boulder.

Scientists say current forecasts do not account for this “troubling” process, which is contributing to the breaking up of ice shelves in both Antarctica and Greenland.

About three-quarters of the Antarctic continent is surrounded by these extensions of the ice sheet.

The shelves can be hemmed in by canyon-like walls and bumps in the ocean floor. When restrained by bedrock obstructions, ice shelves slow down the flow of ice from the interior of the continent towards the ocean.

As ice shelves float out to the ocean and break apart, ice on land flows more quickly into the ocean, which increases the rates of sea-level rise, according to the study published in Science Advances.

“These effects matter. But exactly how much, we don’t yet know. We need to,” said Dr Alley.

Dr Alley and her colleagues first mapped the rivers – or “basal channels” – a few years ago, spotting them as wrinkles or sags in otherwise smooth ice surfaces.

Now, they’ve put it all together, showing that large basal channels are more likely to form at the shear margins – the weakest parts – of fast-flowing ice shelves.

Previously, researchers didn’t know that warm plumes were so common beneath ice-shelf margins.

Dr Alley’s team used satellite imagery to show that, at the ends of shear margins on many of Antarctica’s fastest-changing glaciers, warm water rises to the surface, melting sea ice and forming areas of open water called “polynyas”.

“Like scoring a plate of glass, the trough renders the shelf weak, and in a few decades, it’s gone, freeing the ice sheet to ride out faster into the ocean.”