Home > Uncategorized > In truth, ‘eh’ may not be as Canadian as the world thinks. Surprised, eh? 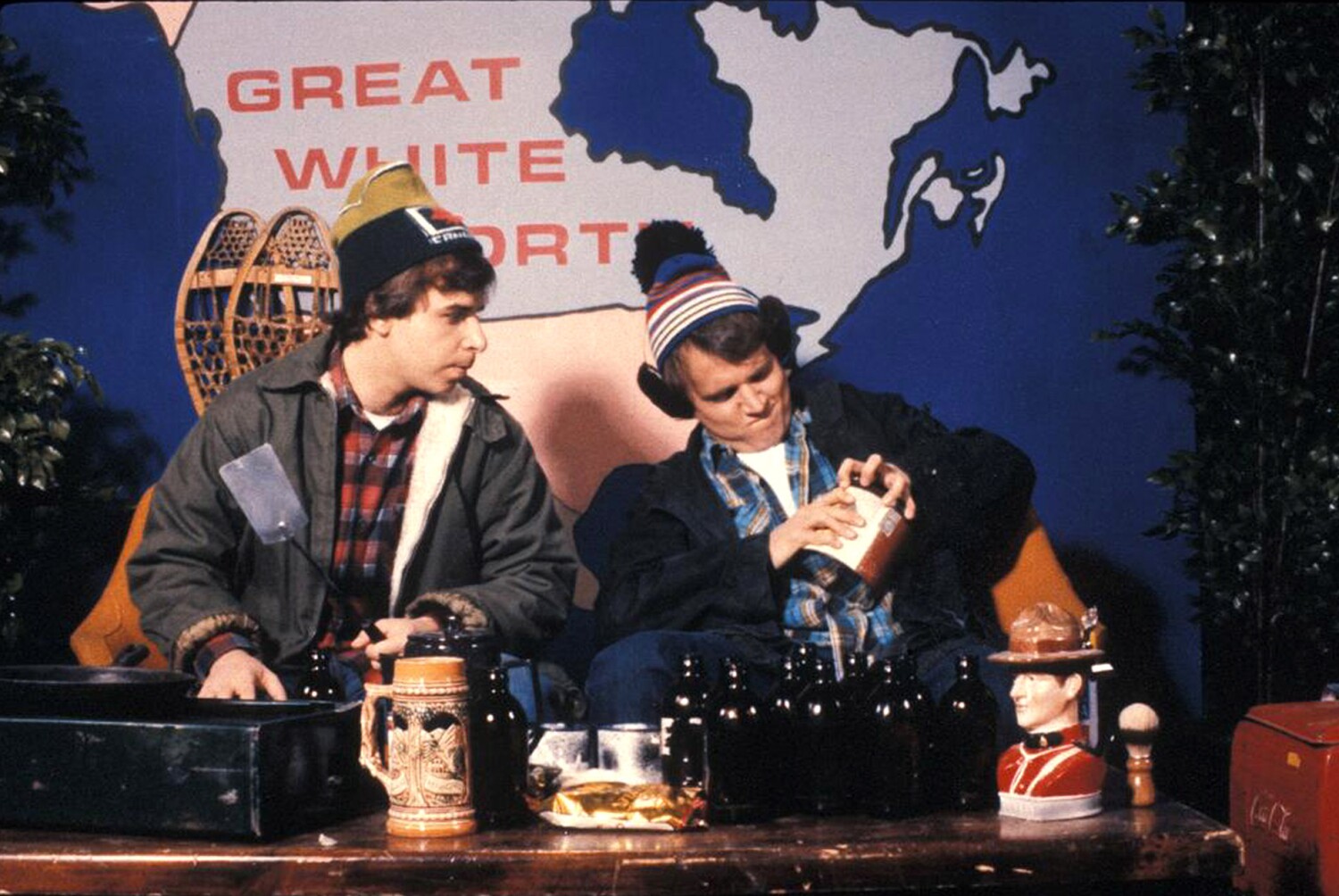 You won’t hear it much on Bay Street, the Toronto financial center where Canadian fortunes are made. Nor at the Diefenbaker Canada Centre at the University of Saskatchewan, with its academic and popular programs on this country’s complicated culture. Nor even at Winnipeg’s Portage and Main, the intersection sometimes known as Canada’s crossroads.

“Eh,” that classic Canadian expression — not quite a word, sometimes a linguistic tic, an interjection perhaps best regarded as the stereotypical grunt of a nation — is the northern lights of this country’s speech: It’s culturally important, it’s out there somewhere, but it’s not as easy to find as legend suggests.

So while “eh” may be the quintessential marker of Canadian identity, it is more a part of this country’s folk tradition than it is of its contemporary oral speech.

“ ‘Eh’ has gotten pegged as being prototypically Canadian,” said J.K. Chambers, a professor of linguistics at the University of Toronto who specializes in language variation and change. “When you get that kind of a stereotype, any use of it by a Canadian is noticed. But it’s not as frequent as it once was. There may even be a stigma attached to it. If you listen to interviews, people say ‘right’ at the end of every phrase more than they say ‘eh.’ ”

And yet Americans think every Canadian employs “eh” as a sentence closer much the way Canadians think every American owns an arsenal of firearms. “It’s not as prominent as what American cartoons and American media think it is,” said Daniel Beland, director of the McGill Institute for the Study of Canada in Montreal.

The most versatile two letters in all of Canada, “eh” can be used to cite an opinion, to express agreement, to turn a declaration into a question, to keep a narrative flowing, or to assert a command. The expression has become a sturdy shorthand cultural marker for this country, along with poutines, red-and-black woolen lumberjack shirts, peameal bacon, the Dionne quintuplets and Paul Anka.

Bob: I’m Bob McKenzie, this is my brother Doug.

But while “eh” is not going away, it is surely going down in prominence in a country where struggles over language are part of the political landscape. Francophone Canadians may battle to preserve the French character of Quebec, but no one is battling to preserve “eh” in Canadian speech.

“You used to hear ‘eh’ all the time, but not anymore,” said Michael Finnerty, the Saskatchewan-born host of the drive-time radio show on the Canadian Broadcasting Corp.’s English-speaking station in Montreal. “And you hardly ever hear millennials say it.”

While Pierre Elliott Trudeau, who with the exception of a nine-month interregnum was Canada’s prime minister from 1968-84, could use the expression without hesitation (“The purpose is to take 4 or 5 million people off the tax roll, eh?”), his son, Justin Trudeau, who has been prime minister since 2015, is more likely to say “uh” or “um.” Indeed, the National Post newspaper counted 114 “uhs” from the younger Trudeau in a 12-minute radio segment broadcast on Alberta radio in 2016.

Scholars generally agree that “eh” is more evident in rural areas than in urban centers. At least one study suggests it is most prominent in New Brunswick, Prince Edward Island, Manitoba and Saskatchewan. Much debate among experts focuses on why slightly more men than women tend to use “eh” as a way of saying “pardon” (“Eh, what did you say?”) and more women tend to use it as a way of stating an observation (“Cold today, eh?”).

But today “eh” is more likely to be used as an affectation than as a feature of oral expression.

An insurgent group of onetime Canadian Boy Scouts calls its movement for Scouting reform “Scout Eh.” On Canada Day, the July 1 holiday regarded as Canada’s birthday, it is not unusual to see John A. Macdonald, Canada’s first prime minister, described as “John Eh Macdonald.” When the Toronto Raptors won the NBA championship last year, the expression “NBeh” appeared in newspaper headlines and the hashtag #nbeh sprung up on the web. Triumphant Canadian national teams sometimes are called the “Eh Team.”

It happens across the border, too. Early this year, a Los Angeles Times story about the possibility that Harry and Meghan, the Duke and Duchess of Sussex, might settle in Canada carried this headline: “Royals, Eh?”

Here in Canada, the role of “eh” in the language is ever-shifting.

“Students are using it differently,” said Elaine Gold, a former University of Toronto linguist who is director of the Canadian Language Museum, which mounts traveling exhibits about Canadian language. “They’re not saying ‘Nice day, eh?’ They are saying ‘I know, eh.’ “The first use asked for agreement, the second meant the speaker agreed.

There are multiple other uses. Sometimes “eh” is used as a statement of perceived fact. (“The conditions are great, eh,” said Dean Booth, the longtime director of ski operations at Mont Habitant in St. Sauveur des Monts, Quebec, the other day.) Sometimes it is used as a way of expressing an exclamation. (“What a day, eh?” said Nancy McHarg, a media and communications specialist in Vancouver.)

In truth, “eh” may not be as Canadian as the world thinks it is.

Scholars have identified it in speech in, among other places, the United States, Britain, Australia, New Zealand and South Africa. There are suggestions the word appeared as early as 1662, perhaps even in 1615. The Irish writer Oliver Goldsmith, in “She Stoops to Conquer,” used the expression in 1773. More than a century later, in 1891, the Oxford English Dictionary defined “eh” as an “intersectional interrogative particle; often inviting assent to the sentiment expressed.” It likely came to Canada in the great English migration to Canada in the early 19th century.

But, according to a study by the University of British Columbia linguist Stefan Dollinger, it wasn’t until the 1970s that “eh” was “enregistered,” the linguists’ term for recognizing an expression as a distinctive element of a nation’s language. He said Canadians believe that more than 95% of the uses of “eh” are by Americans commenting on how “eh” is used by Canadians.

But, he said in an interview, “The interesting thing is that it hasn’t gone away,” adding: “This is a linguistic feature that remains a part of Canadian language. Its frequency may be low but it still is an important element of Canadian culture.”

Even so, his research indicates a linguistic generation gap: Younger people now often employ “right” instead of “eh” while older Canadians are more likely to use “you know.” According to the Dictionary of Canadianisms, “eh” is an efficient tool “if Canadians want to sound Canadian.”

That’s why Montreal-born Anna Stein, a jewelry maker in Englewood, N.J., goes out of her way to sprinkle an “eh” in her conversations. “I want to keep it alive,” she said Monday. “I want people to know I’m from Canada.”

“[W]hen your country’s most identifiable linguistic feature is a word that indicates inclusiveness, an openness to discourse, and a moderating effect on strong statements, it’s not such a crazy thing to assume that perhaps those qualities might be found in the people of that country as well,” wrote the American journalist Dan Nosowitz, who holds a McGill degree. “Even if the stereotype of the ubiquitous Canuck comes from outside the country from brash Americans who don’t care whether or not the listener feels included in their statements, Canadians have claimed ‘eh’ as their own.” Reasonable, eh?

Shribman is a Times special correspondent.