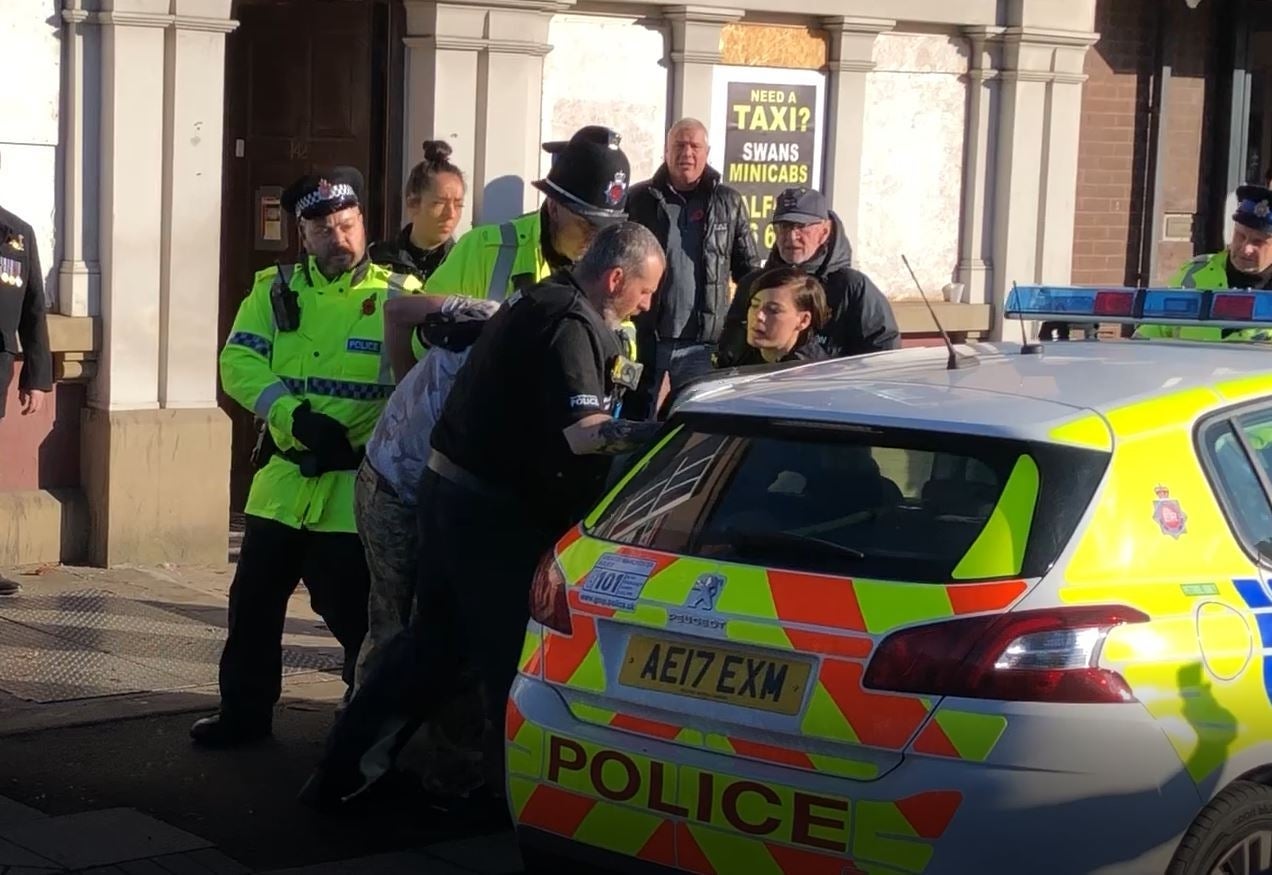 A man has been arrested after he set off a firework during a Remembrance Day silence, to the fury of veterans at the event.

Hundreds of people were gathered in silent tribute at the cenotaph in Eccles, Salford, when a man threw a firework from the first-floor window of a disused pub across the road.

A crowd of angry veterans gathered outside the building shouting “get him out” and tried to break down the door of the pub while others attempted to climb up to the window.

A lone police officer stood blocking the door shouting into his radio as he struggled to stop the crowd from getting inside before reinforcements arrived.

When the suspect appeared at the window, a number of traffic cones were launched at him before he retreated back inside.

A second man then appeared at the window, appearing to spit at the crowd, who shouted for him to dare to come outside the pub.

Police reinforcements soon arrived and the man, handcuffed with his head held down, was rushed out of the pub to a waiting police car which quickly sped away.

Officers remained at the scene guarding the entrance following the incident.

Greater Manchester Police later confirmed a 38-year-old man was arrested on suspicion of a public order offence and remains in custody.

There were no reported injuries and anyone with information should call police on 101 quoting incident number 1183 of 10/11/2019, or the independent charity Crimestoppers, anonymously, on 0800 555 111.