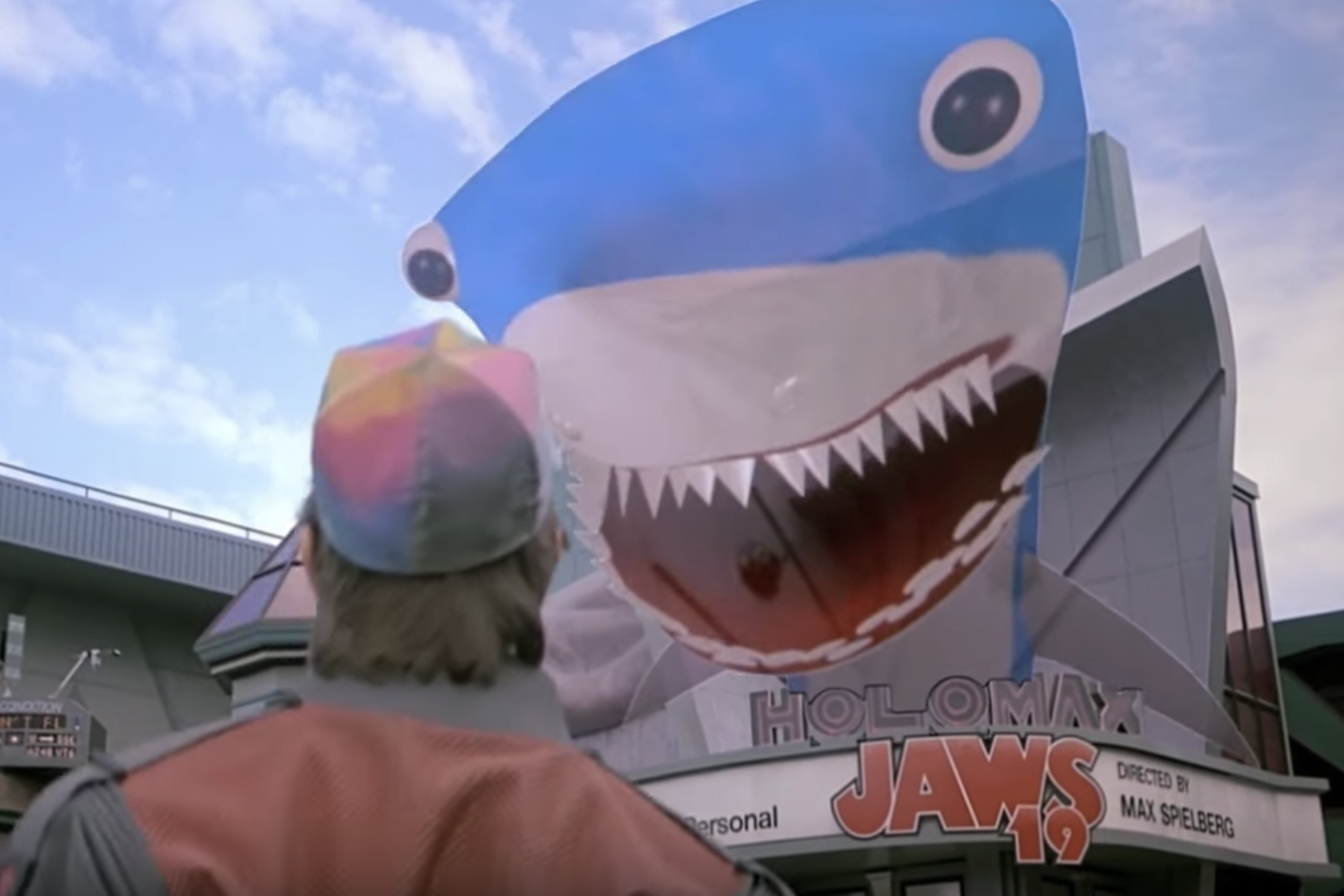 An attentive Marvel viewer has spotted an apparent Back To The Future reference in Avengers: Endgame.

The viewer shared a couple of side-by-side video excerpts from each movie in a recent Reddit post, asking others on the platform whether they had spotted the resemblance between the two clips.

One of the videos comes from Endgame, right at the moment when Tony Stark, having recovered the Infinity Stones, snaps his fingers to defeat Thanos for good.

Rocket from the Guardians of the Galaxy franchise is seen narrowly escaping a sharklike creature fighting on Thanos’s side – who evaporates after Iron Man’s snap.

The shot closely calls to mind a sequence in Back To The Future II, when Marty McFly, having travelled from 1985 to 2015, is attacked by a holographic shark promoting the fictional Jaws 19.

Both shots have a similar composition, with Rocket and Marty in similar positions while their respective toothy opponents attack from above.

Much like Rocket’s adversary, the shark threatening Marty disappears in a burst of pixels.

The Back To The Future II clip posted on Reddit next to the Endgame excerpt has been edited slightly to remove a brief sequence of Marty screaming while the faux shark moves to apparently eat him alive.

While the resemblance between the two scenes could be a mere coincidence, it seems likely that the reference was intentional, since both Endgame and Back To The Future II deal heavily with time travel.

The narrative device is a key component of the story in Endgame, in which the remaining Avengers travel back in time to reverse the devastating effects of Thanos’s snap in Avengers: Infinity War.

Brothers Anthony and Joe Russo, who co-directed Endgame, spent a significant part of the Endgame promo answering questions about time travel rules in the movie.