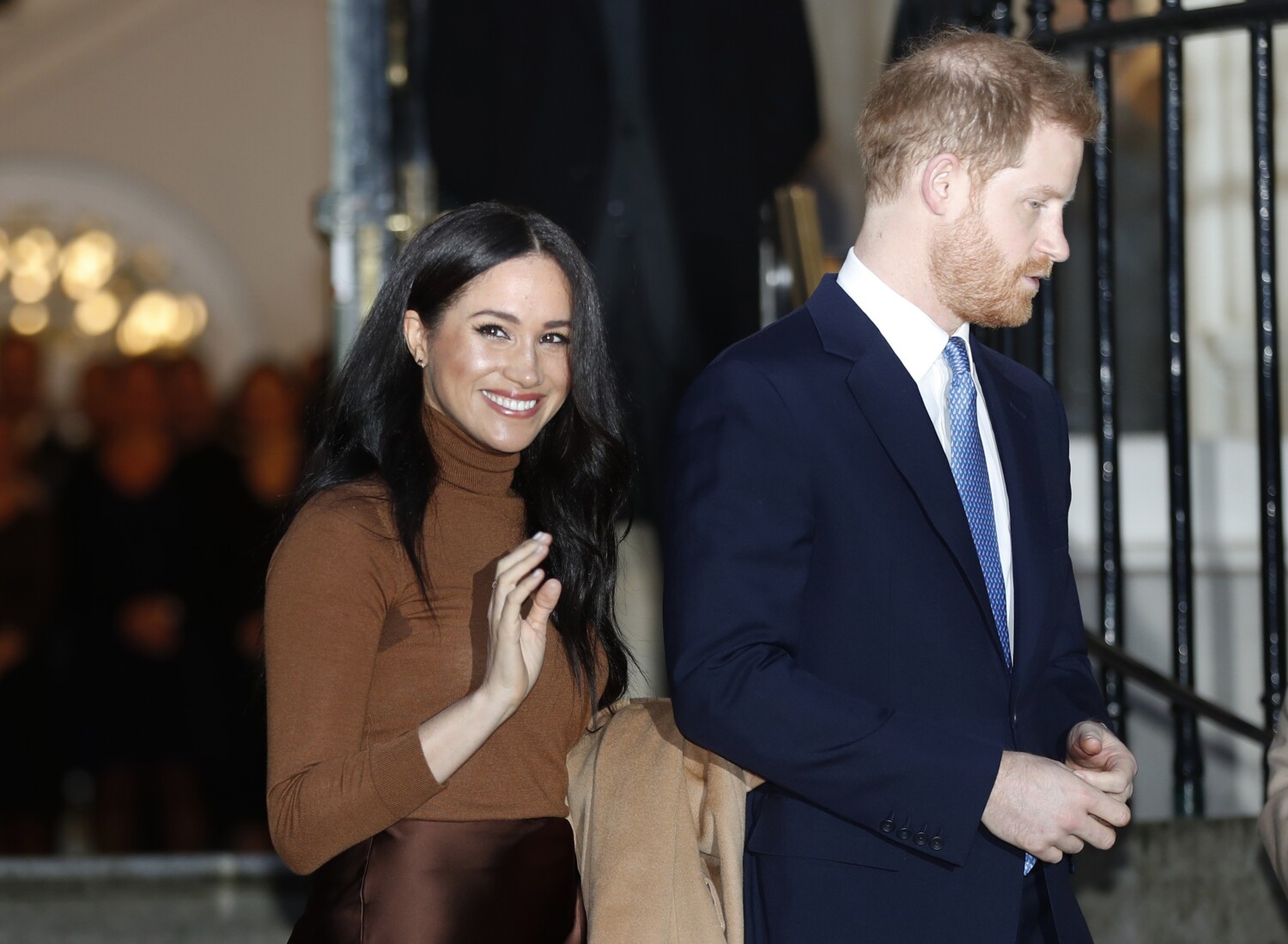 Meghan, the Duchess of Sussex, is already back at work and appears to be doing business as usual, albeit in Canada.

The former actress, a women’s-empowerment advocate, popped into Vancouver’s Downtown Women’s Center on Tuesday and was photographed smiling along with the staff. It was her first public appearance since she and husband Prince Harry announced last week that they would be stepping back from their roles as senior royals.

“Look who we had tea with today! The Duchess of Sussex, Meghan Markle, visited us today to discuss issues affecting women in the community,” read a post on the center’s Facebook page.

The Los Angeles-bred Meghan Markle has been back in Canada for a few days with the couple’s young son, Archie. She returned to the Commonwealth country last week as a seismic shift in Britain’s royal family has played out since the Sussexes’ revelation that they would be stepping back from royal duties, working to become financially independent and splitting their time between the United Kingdom and North America.

Queen Elizabeth II gave her blessing to the young couple earlier this week, though her tempered reaction indicated that much was still to be worked out logistically. Among the concerns: paying for security for the Sussex brood, which Canada’s Prime Minister Justin Trudeau has also voiced concerns about. It is also unclear if the couple will be holding on to their royal titles.

Markle hung back in Canada, where she lived for years while working on the TV series “Suits,” and spent the holidays there. Meanwhile, Harry, brother William and their father, Prince Charles, held a crisis summit with the queen on Monday at her Sandringham estate to discuss the rift and how the royal family will transition from it. Markle was expected to call into the meeting, but she reportedly did not.

The duchess’ appearance at the women’s center also comes as court documents were filed this week indicating that her estranged father, Thomas Markle, could be testifying against her in High Court during a trial about her treatment in the British media, the Associated Press reported.

In October, the duke and duchess filed a lawsuit against U.K. tabloid the Mail and its parent company, Associated Newspapers, for publishing a private letter to Markle’s father that expressed her disappointment in his public statements about her, as well as their relationship, among other private details.

It was that civil lawsuit — which accuses the newspaper of copyright infringement, misuse of private information and violating the U.K.’s data protection law with the publication of the letter — that prompted Harry to compare the mistreatment of his bride to his late mother, Princess Diana, who died in a 1997 car crash after being hounded by photographers in Paris.

“My deepest fear is history repeating itself,” he said regarding the lawsuit. “I’ve seen what happens when someone I love is commoditized to the point that they are no longer treated or seen as a real person. I lost my mother and now I watch my wife falling victim to the same powerful forces.”