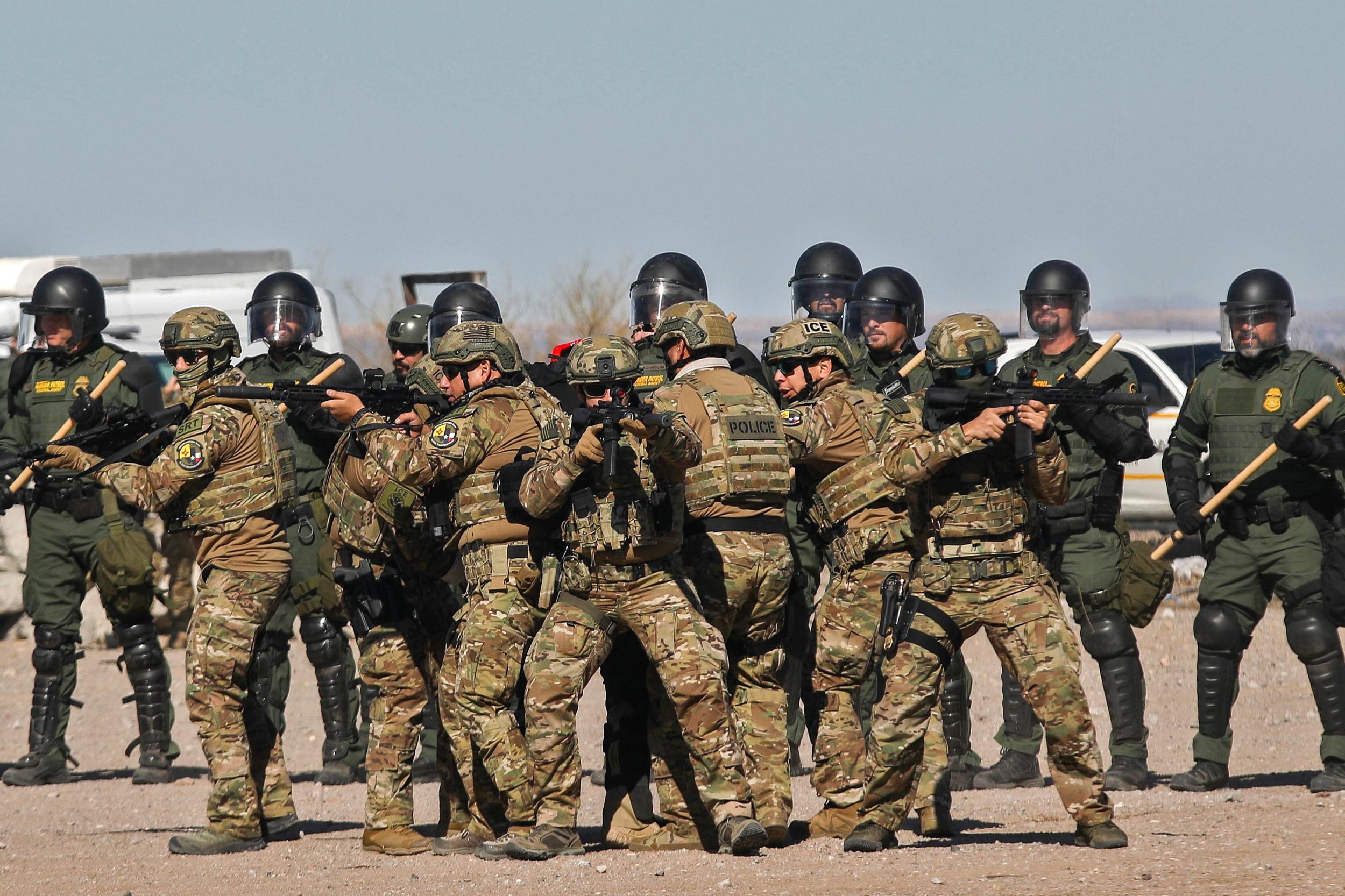 Donald Trump‘s administration plans to add military-trained and heavily armed and armoured border patrol agents to support immigration crackdowns in US cities in the country’s interior.

Administration officials confirmed to the New York Times that US Customs and Border Protection plans to magnify Immigration and Customs Enforcement operations with 100 agents trained to work in violent, high-risk conditions along the US-Mexico border to support what are otherwise routine arrests for people without legal permission to live in the country.

CBP spokesman Lawrence Payne said the administration made the deployment to “enhance the integrity of the immigration system, protect public safety, and strengthen our national security”.

The agency will deploy officers from the US Border Patrol Tactical Unit as a “show of force” in sanctuary cities like Chicago and New York, with plans to send more officers to Atlanta, Boston, Detroit, Houston, Los Angeles, Newark and San Francisco.

The move follows the president’s ongoing crackdown targeting immigration from Latin American countries, from threatening to withhold vital federal funding to cities that his administration deemed non-compliant with immigration enforcement to expanded funding for his US-Mexico border wall.

During his address to the National Border Patrol Council on Friday, the president repeated a false claim that foreign governments intentionally send criminals to the US and that Central American countries have refused to accept criminal aliens after they’ve been deported from the US.

This month, US Customs and Border Protection suspended the Trusted Traveller and Global Entry programmes for New Yorkers after the state implemented a “Green Light Law” that prevents federal immigration authorities from accessing records maintained by the state’s Department of Motor Vehicles. Undocumented immigrants in the state are eligible to apply for state identification cards.

The deployment of the SWAT-like teams of border agents comes at the request of ICE officials who have complained to the administration about municipalities refusing to turn over their local police to federal immigration enforcement. But sanctuary cities’ leadership, local law enforcement agencies and immigration advocacy organisations have argued that increased federal policing reinforces racial profiling and makes immigrant communities less safe, as they’re less likely to report a crime by bringing threatening attention to their neighbourhoods.

Headquartered on the southern border in El Paso Texas, BORTAC agents train “with foreign and domestic law enforcement and military entities throughout the United States and around the world” with training that’s “designed to mirror aspects of the US Special Operations Forces’ selection courses”

The unit was designed in 1984 to “serve a civil disturbance function” to control prison riots at immigration detention facilities. It evolved to perform “intelligence, reconnaissance and surveillance”.