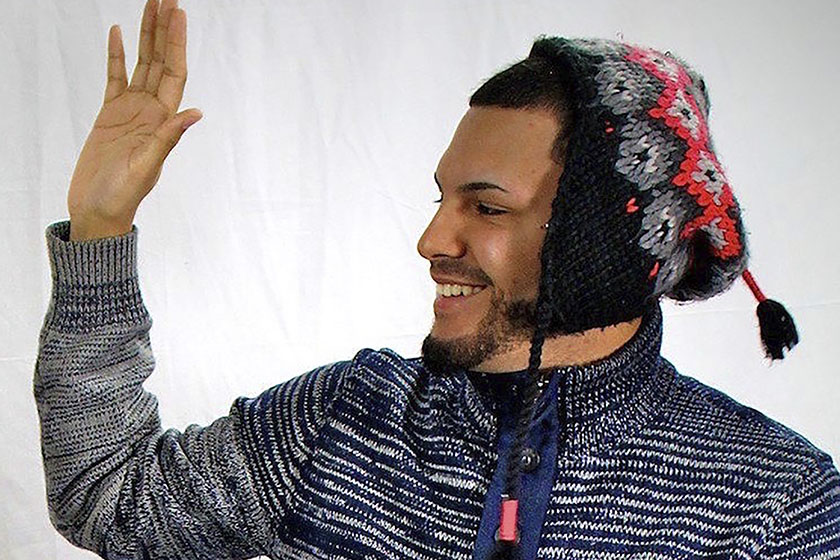 The livestreamed video of the final minutes of Brian Quinones’ life before he was fatally shot by police show him calmly driving a car and listening to music, running at least one red light as he leads officers on a chase through two Minneapolis suburbs.

At one point, the video shows, Quinones got out of the car with what appears to be a knife. Moments later, someone shouted an unintelligible command and multiple shots rang out. Quinones, 30, died at the scene.

His brother said afterward that Quinones had been having suicidal thoughts.

The shooting sparked a protest and raised questions about whether police were too quick to shoot Quinones, and whether they could have used another means to stop him or help him if he was in crisis.

Shawn Price, 35, stopped Monday to pay his respects at a makeshift memorial near where Quinones was shot. Price says based on what he heard in Quinones’ video, the number of shots fired seemed to be “completely in excess,” and he wonders if police could have done more to de-escalate the situation.

“There was no attempt at Taser or to do any other method that would have prevented, you know, this young man’s life being taken,” Price said.

Investigators released no new information about the case Monday, including how many times Quinones was shot, or whether there was any attempt to use a stun gun. About 12 shots can be heard in the Quinones’ video.

Craig Futterman, a University of Chicago law professor, said deadly force should be a last resort and police need to assess a developing situation and look for a way to de-escalate.

“Could they have responded to the situation in different ways that would not have put their safety in danger?” Futterman asked.

Authorities began chasing Quinones late Saturday after they say he ran a red light and wouldn’t pull over. In the livestream video, Quinones, who is from Puerto Rico but had lived in Minnesota for many years, can be seen glancing in the rearview mirror, and sometimes rapping along with the music before he gets out of the car. Before starting the livestream, he posted on Facebook, “So sorry.”

His younger brother, Joshua Quinones, told Minnesota Public Radio News on Sunday that he spoke to his brother before the pursuit and could hear the “sadness in his voice.” He said his brother had suicidal thoughts and “had it all planned out.” After Brian hung up, Joshua and his sister went to Brian’s apartment. He wasn’t there, but they found his livestream on Facebook. Joshua Quinones said his sister had texted her brother things like, “Don’t do anything stupid.”

“I just think that (police) could have done better. At least tase him with a Taser,” Joshua Quinones told MPR. “But really, shoot him … That’s just too much.”

No police officers were hurt. The Hennepin County Sheriff’s Office is investigating and declined to comment on Monday. A statement released Sunday by the city of Edina says Quinones “confronted officers with a knife,” and the county medical examiner said Quinones died of multiple gunshot wounds.

Quinones’ video has been removed from Facebook but portions of it are on YouTube. It doesn’t show the shooting. Authorities haven’t said whether there is squad car or body camera video of the incident.

Bob Bennett, an attorney who represents Quinones’ wife, said he wants to see those videos. He could not confirm whether Quinones’ family called police about his mental state, and Joshua Quinones declined to talk to a reporter Monday.

David Klinger, chairman of the Criminology and Criminal Justice Department at University of Missouri-St. Louis, said that while the mental state of an individual should play a factor in how police manage and control a situation, it’s immaterial when an officer is faced with an imminent threat.

Torri Hamilton, a civil rights attorney in Chicago, said police dispatch recordings would be key to finding out if family members called police and if police were made aware of concerns. She said any police video from squad cars or body cameras would also be important.

She pointed to the case of Laquan McDonald, who had a knife in an interaction with police in 2014, and was shot 16 times as he was walking away. In that case, Chicago police Officer Jason Van Dyke was convicted of murder.

The Minneapolis-St. Paul area has had several police-involved shootings in recent years that have sparked angry protests, including the 2016 killing of a black driver, Philando Castile, by a police officer in the Twin Cities suburb of Falcon Heights. Castile’s girlfriend streamed the immediate aftermath of the shooting live on Facebook.