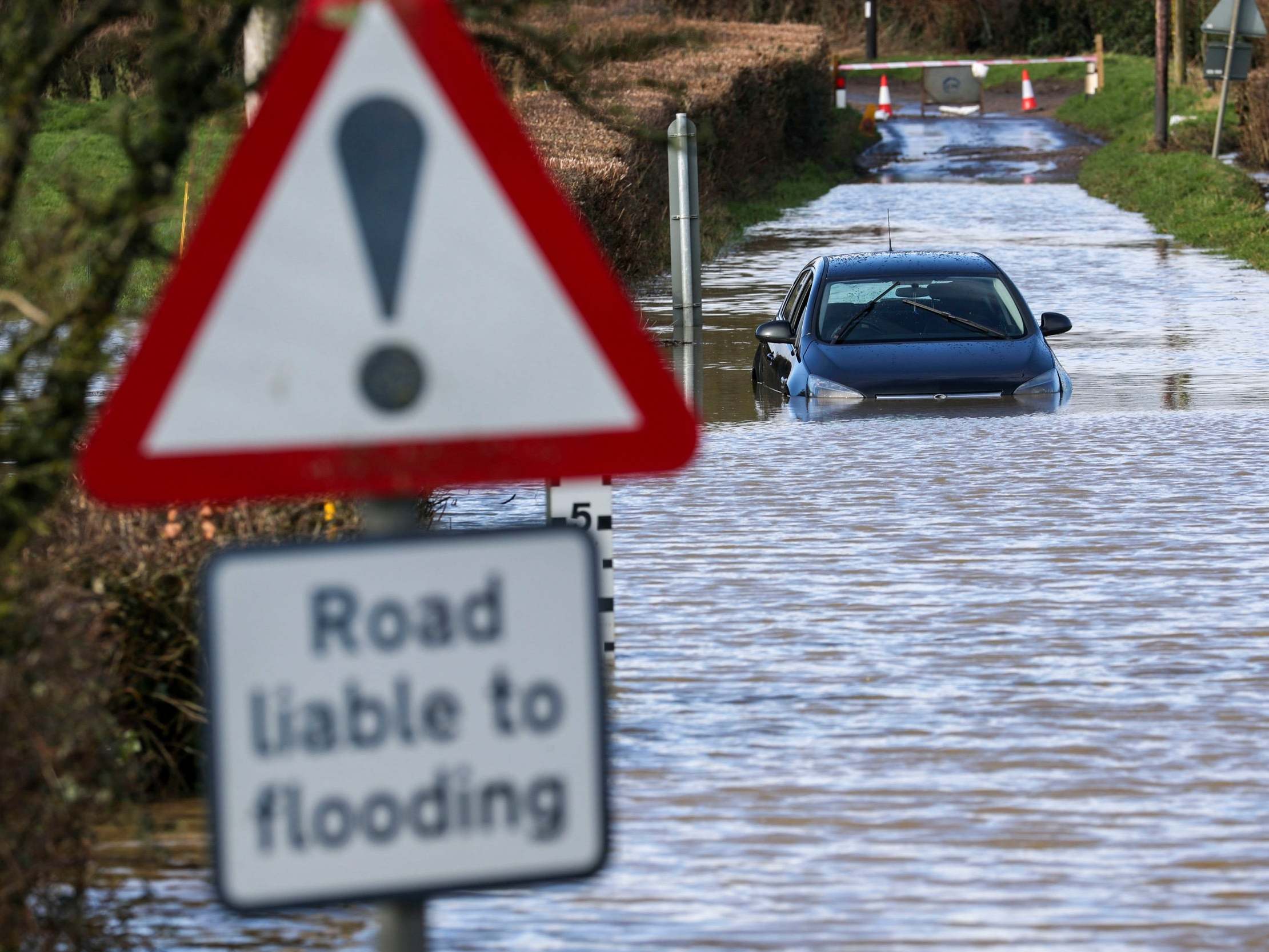 The UK will be hit by severe weather disruption for the second weekend running, with forecasters warning Storm Dennis could be even more destructive than Storm Ciara.

From Saturday morning heavy rainfall and strong winds are predicted to strike the country, causing flooding and transport delays.

Although wind speeds may reach 70mph along some parts of the coast, forecasters are most worried about the damage caused by rain.

A forecaster for the Met Office told The Independent that “rainfall is really the issue.”

Speaking about how groundwater levels remain high after Storm Ciara, the forecaster added: “Rivers will respond much faster this week than they did last week. Rainfall will have a quicker effect unfortunately.”

Northwest England is likely to be among the worst affected areas, the Met Office said.

Forecasters predict that between 40 and 80mm of rainfall will fall in northwest England, compounding last week’s flooding in the region.

Elsewhere, up to 4.7in (120mm) of rain could fall in parts of Wales this weekend, meaning “over a month’s work of rainfall” in just two days.

The Met Office has issued four amber rain warnings for parts of England, Wales and Scotland, indicating that flooding caused by Storm Dennis could pose danger to life.

As of Saturday morning, there were 14 flood warnings – indicating “expected” flooding – and 140 flood alerts – indicting possible flooding – in place across the UK.

Flood defences are scheduled to be in operation this weekend. Temporary flood barriers are being put up in Surrey, Shropshire, Lancashire and Yorkshire.

The Environment Agency (EA) said 500 people will be on duty and 30 pumps will be available for use.

These warnings come as the Environment Agency (EA) said 800 properties in England alone were flooded after Storm Ciara made landfall last Saturday.

Travel disruption has already started, as hundreds of flights have already been cancelled in and out of the UK on Saturday.

A spokeswoman for easyJet, who confirmed the company has so far cancelled 234 flights, said: “Due to forecasted adverse weather conditions caused by Storm Dennis, easyJet, like other airlines, is currently seeing disruption to its flight programme for Saturday February 15th.”

“We are doing everything possible to minimise the impact of the disruption for our customers and to arrange alternative travel,” she added.

The company is offering passengers a free flight transfer or a refund, and advises all passengers to check flight schedules before travelling.

Delays are also expected on the UK’s train networks, with Network Rail warning passengers about potential disruption due to flooding.

Following delays to services including one caused by a trampoline blowing onto the tracks last weekend, those living beside railway lines have been told to tie up loose objects in their gardens.

Storm Dennis is likely to pass on late Sunday or possibly early on Monday, according to the Met Office.